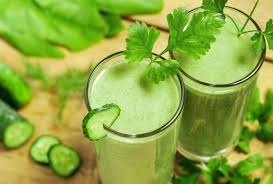 You’ve been exercising for many months and have lost several pounds. Now, however, you’re beginning to notice that you’re plateauing. Your workouts seem to be becoming less effective, and you’ve still got that stubborn belly fat you’ve been trying to lose.

While this frustrating scenario could be caused by any number of variables and have a broad range of solutions, one way to address this could be by adding a little green tea to your diet.

Green tea may be the world’s preeminent beverage when it comes to weight loss. Its ability to aid in the burning of calories and fat are related to two things: caffeine and catechins—flavonoid compounds with high antioxidant properties.

Caffeine is a stimulant that can help speed up the metabolism as well as increase performance during a workout (which, of course, leads to greater effectiveness and calorie burning). While you can consume caffeine in a variety of ways (we’re looking at you, coffee), what makes green tea truly unique is its catechins, specifically one called EGCG.

This compound is a catalyst for the body’s process to break down fat by blocking an enzyme that destroys the fat-burning hormone, norepinephrine. By blocking the enzyme, EGCG helps the body increase its supply of norepinephrine, allowing the hormone to do its work of signalling the body to break down fat cells. As the cells are broken down, they enter the bloodstream, which then uses it as energy during a workout.

One study showed that those who had the daily habit of exercising for 25 minutes and who also drank 4-5 cups of green tea, were able to lose two more pounds than those who had not drunk the tea!

If you’d like to experience green tea’s benefits for yourself, it’s super easy to do as the tea can be taken as a supplement or in traditional tea form. Drink a cupful with a little honey or lemon right before a workout, and you’ll likely be back on the path to weight loss in no time.