Salt and Your Health

Posted by Newstart Weight Loss Retreats on March 1, 2017 in Health and Fitness with no comments 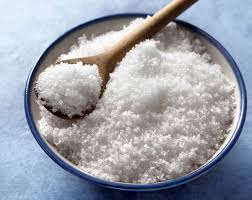 Too much sodium in your system can cause your body to retain excess water. This does more than make your rings feel tighter and cause the number on the scale to creep up. It also places a significant burden on your heart, potentially leading to high blood pressure. Consuming less sodium can help you avoid high blood pressure or even lower it if it’s already high. This is important because people with high blood pressure are more likely to experience health problems such as heart disease and stroke.

Many people eat too much sodium without realising it. The Heart Foundation recommends that adults with normal blood pressure eat less than six grams of salt per day (2400 mg of sodium). Individuals with high blood pressure should eat less than four grams of salt per day (1600 mg of sodium). Most of the salt in our diets tends to come from adding it to food as it is being prepared. Pay attention to the amount of sodium listed on food labels. Also, check ingredient labels and watch out for:

The best way to avoid excess sodium in your diet is to avoid processed, packaged foods, which often contain too much. Especially avoid foods such as cured meats, pizza, canned soups, cheese, pickles and olives, frozen prepared foods, condiments such as ketchup, bottled sauces, and seasoned salts, which tend to contain large amounts of sodium. You can add flavour to your food without adding salt by using other herbs and spices, eating more fresh fruits and veggies, choosing low-sodium varieties of foods whenever available, and experimenting with vinegar to flavour foods.

Keep in mind that you need a certain amount of salt. Your body needs a balance of sodium and water to work properly. But the average healthy, balanced diet contains plenty of sodium without adding more from packaged foods – or the saltshaker. Limiting your sodium intake is one of the easiest ways to manage your weight and protect your health.